Perfect homes for
your coastal lifestyle

Coastal lifestyle at its finest

Coastline Homes has been years in the making. After spending over 30 years in the home building business, PJ Kelly knew he was ready to take his construction knowledge, hands-on experience, and leadership skills out on his own.

Coastline Homes promises to provide value-added construction services to our customers by creating a successful partnership with them throughout the construction process. Each home is built with care and pride to deliver a forever home to the customer. We pledge to establish lasting relationships with our customers by exceeding their expectations and gaining their trust through exceptional performance by the entire Coastline Homes team. 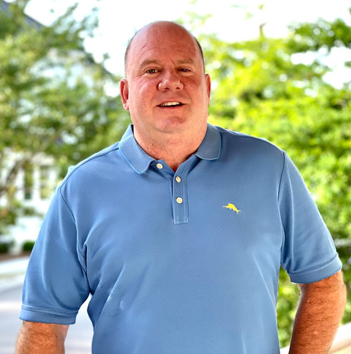 PJ Kelly had an interest in the construction industry and specifically in home building from an early age. He adapted this interest by seeking specific education and hands-on experience in carpentry and general contracting with particular expertise in most specialty trades required for actual homebuilding. His aptitude for the business was recognized very early in his career, as demonstrated by his being offered his first project manager position with a high-end custom home builder in Greenwich, CT, at twenty-three years old.

In the mid-1990s, PJ relocated his family to Southeastern North Carolina to take advantage of an opportunity to work as a project manager for a regional home builder. Here, PJ expanded his overall knowledge of the home building industry, which gave him pivotal insight into high-end custom and production-level home building and home buyers. In the late 1990s, PJ became the first operations manager for a regional home builder. During this period, PJ’s vast experience and hands-on knowledge proved vital to the growing company. His primary role was leading the day-to-day operations of the construction side of the company. He then became Vice President, where he led the opening of new divisions in South Carolina.

He also steered and mentored the department managers and land acquisitions, talent recruitment, and sales and marketing. His leadership ensured company procedures and workflows were closely followed, allowing growth at a consistent and profitable level. PJ prides himself in treating his people good, valuing their efforts and work. He believes if you take care of your people, your people will take care of your customers. Today, Coastline Homes offers homes throughout the Southeastern North Carolina area, including Wilmington, Brunswick County, and Hampstead areas, to name a few.

Learn more about Us